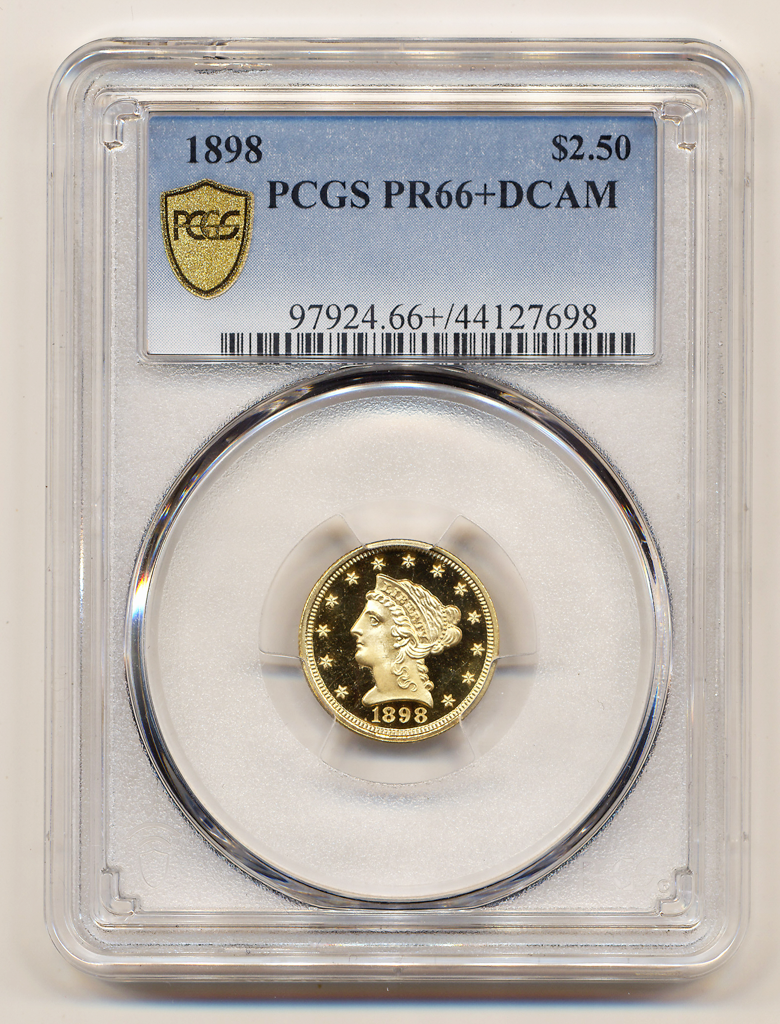 1898 Liberty Head $2.50 quarter eagle gold coins are quite popular with coin collectors and bullion investors and are among the most popular pre-1933 U.S. gold coins. While the United States Mint struck 24,000 of these coins, smaller numbers survive and are quite scarce in the scheme of the collector market. This is the situation with most pre-1933 U.S. gold coins, which were melted in large numbers and are comparatively scarce today.

1898 quarter eagles were made with a standard “coin gold” composition of 90 percent gold and 10 percent copper, and they weigh 4.18 grams, which means they have a gold content of 0.1202 ounces. These classic gold coins also measure 18 millimeters in diameter, which means they are slightly wider than a modern U.S. dime.

1898 quarter eagle gold coins were designed by engraver Christian Gobrecht. He served as the U.S. Mint’s chief engraver during part of the 1840s. Gobrecht gained what many numismatists would consider his greatest recognition for designing Seated Liberty silver coinage, which was produced from the late 1830s through 1891.