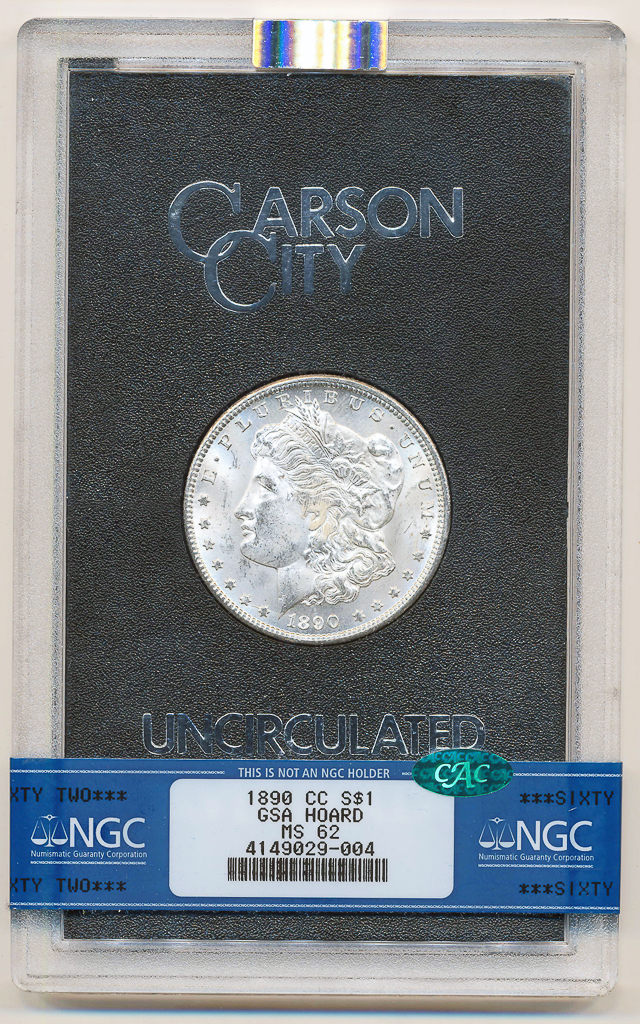 This historic coin is a valuable memento of an era in American history when pioneers were challenging the West. The silver in this dollar was mined from the rich Comstock Lode, discovered in the mountains near Carson City, Nevada. The Carson City Mint was es­tablished there in 1870, and although it was in exist­ence for a mere 24 years, it produced many coins which have endured as collectors’ items, among them the 13 piece Morgan dollar series of 1878-1893. Their link with an historic period in our nation’s history gives these dollars an added appeal.

This coin is an uncirculated specimen of the Morgan dollar, containing ninety percent silver, which some­how survived the massive coin melts of the early 1900’s. They were discovered by a Treasury audit in 1964, after nearly a century of obscurity in the vaults.

This issuance by General Services Administration of the last of the uncirculated Carson City dollars will serve for millions of Americans as cherished memen­tos of a colorful era.