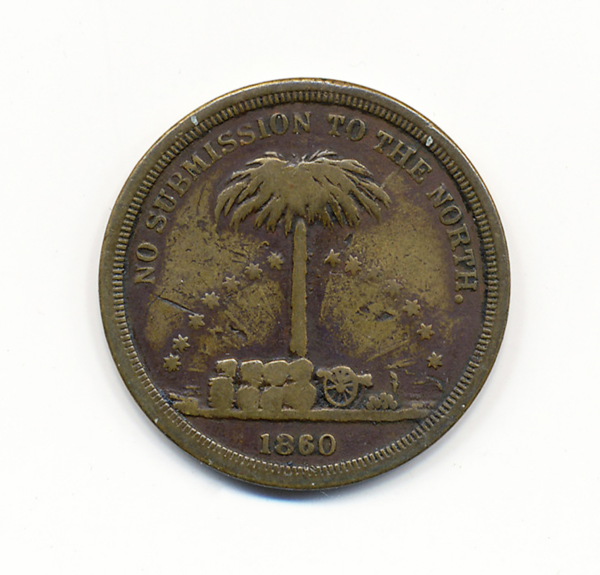 1860 Token No Submission to the North Patriotic

1860 Confederate Token
“No Submission To The North”

“Among the most popular of the Civil War-era token issues, the Wealth of the South tokens were struck in 1860 just across the Ohio River from Cincinnati in Covington, Kentucky. Coined by John Stanton, one of the most prolific makers of Civil War tokens, the dies for the Wealth of the South series were produced by Benjamin True and featured “Rice, Tobacco, Sugar, and Cotton” (though slaves were omitted). Their audience was down South, of course, Mintages were apparently pretty small, and they remain elusive today. The obverse type with the palmetto and cannon seems to foreshadow the offensive on Fort Sumter, which took place at least four months after these dies were finished. For collectors of Civil War tokens or other medalets of the era, there are few numismatic items that focus so sharply on the Southern side of the conflict.”