What Is Exonumia? | Rocky Mountain Coin 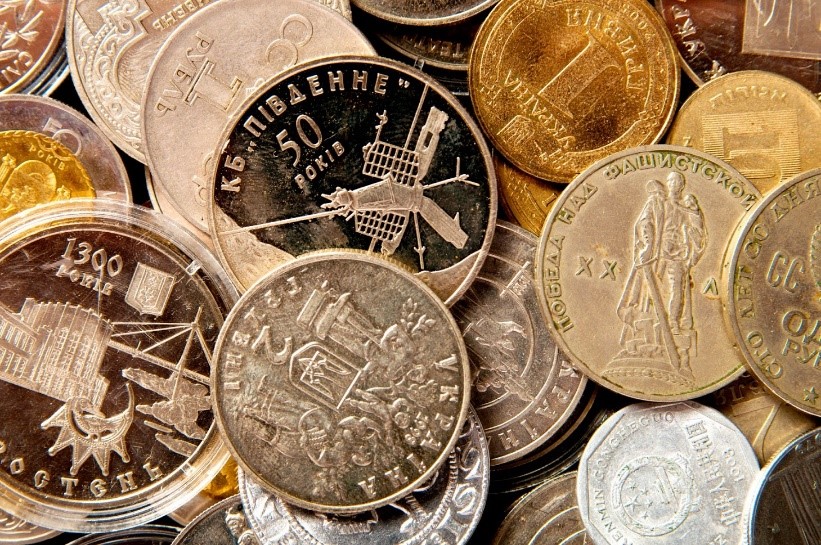 What Is Exonumia? And How Can It Elevate Your Collection?

Do you want a new and interesting way to collect coins or historical objects? For many collecting aficionados, exonumia expands the idea of coin or currency collecting into a whole new realm. What is exonumia collecting? And how might it reinvigorate your collecting? Here’s a short guide.

Exonumia is a broad category of objects that are similar to coins but which don’t generally hold intrinsic financial value. It includes a wide variety of objects, including tokens, medals, advertising mirrors, tags, scrip, wooden money, and stamped coins.

From this list alone, it’s easy to see how varied exonumia can be. Unlike many collections, exonumia runs the gamut of objects from whimsical elongated stamped coins to deeply historical hard times tokens.

How Do You Approach Exonumia Collecting?

Because of the wide variety possible, you’d do well to have an idea of what types of exonumia you want to begin collecting. If you already collect certain items, your exonumia interest might come as an offshoot of this. For instance, someone interested in Civil War memorabilia or Civil War-era American coins may enjoy propaganda tokens from this era or private retail business store cards.

If you want to get into exonumia, you may need to spend some time learning more about the many options and styles of non-currency coinage. Whereas coin collecting can be started through something as simple as going through one’s wallet, exonumia collecting is more esoteric and may require additional effort to find a focus.

Why Is Exonumia Fascinating?

While not all coin collectors support the idea of collecting non-coin items, exonumia does open up a whole new world of historical items.

Many experienced coin collectors turn to collecting other objects during times when they find coins to be somewhat limiting. After all, instead of minor differences (in coins) like profile and date, you can find a wide variety of differences (in exonumia) in purpose, design, dispersion, and era. War medals can be historical and moving while advertising coins might be fun and quirky.

Those with existing collections often find that exonumia provides an excellent complement to other items. A Civil War coin collector adds interest and variety by adding dueling Civil War era patriotic tokens. These provide context and insight into the larger war effort by both sides.

How Do Exonumia and Numismatic Collecting Differ?

Although they are related hobbies, collecting exonumia and numisma (currency) shouldn’t be approached in the same way. First, numismatic coins have an inherent monetary value either from their face value or the metals inside. Exonumia often doesn’t have this same value guarantee. There are also no requirements or regulations as to the metal content, such as you would find with bullion.

Second, exonumia may be of little financial value to the world at large. Amusement park tokens, for example, are not prized by collectors and historians the way that rare Civil War-issued currency would be. So exonumia enthusiasts usually collect for their own enjoyment and personal interest. Because of this, exonumia allows you to personalize your collection to a degree not possible with other currency.

Where Can You Start Learning About Exonumia?

Do you think that your collection might benefit from the addition of exonumia? If so, start by learning more about the various types and eras. An experienced coin dealer can help you find the best way to explore your historical interests through these unusual pieces of history.

Rocky Mountain Coin in Denver is here to help. For more than 40 years, we have worked with collectors of all levels and budgets in building the perfect coin or currency collection. Stop by or visit our website to learn more about our inventory and expertise.