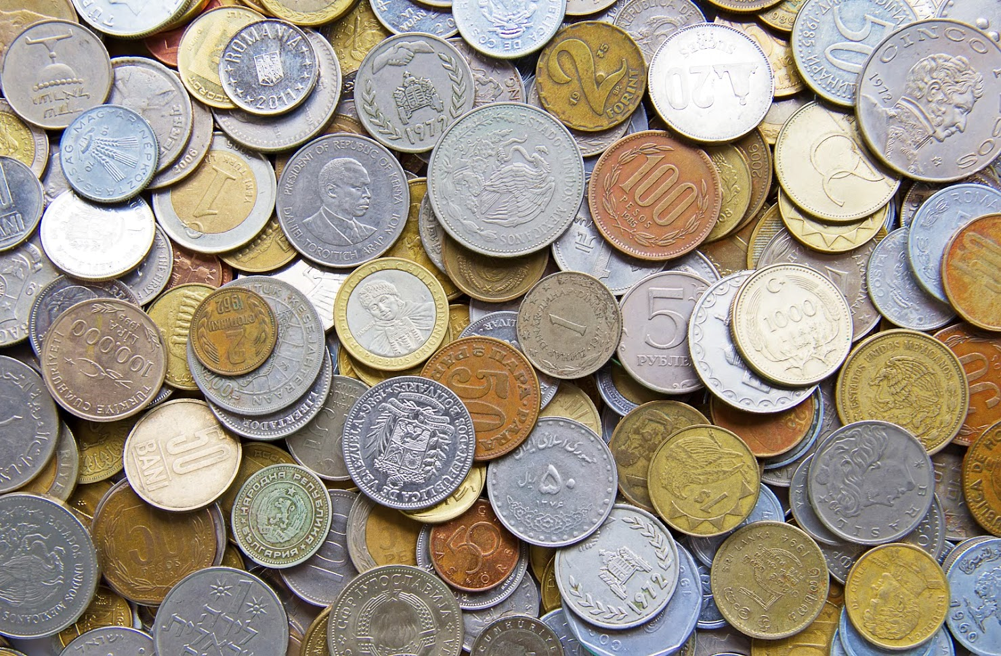 If you are an avid coin collector, you likely know the fascination of this hobby. Coins are a window into the past. They tell tales. They demonstrate technological changes. They are a key part of politics, wars, transfers of power, and unique historical events.

Coins can also be an entry point for teaching any number of subjects and concepts to children. Not sure how you can translate your love of coins into a method of teaching your kids or your students? Here are four subjects you can learn from coins.

The most obvious school subject learned from coins is, of course, history. Every new ruler, new government, and nation creates its own coins and paper currency, so you can track the changes over time in any region.

Teaching U.S. history? The 1776 Continental Dollar shows the beginning of the nation asserting its independence. Civil War era currency shows both sides of the growing conflict. And wartime pennies minted without copper show a nation subject to rationing and focused on the war efforts.

Do not forget about specific events and regions in U.S. history. Help students learn about California’s proposed Union coins, which never saw circulation. Additionally, the Stella ($4)  coin never saw much circulation, as it was an American concept coin based on a 19th-century European venture to create a widespread currency. Any of these can lead to fascinating discussions of the nation’s history.

Also, remember to teach about historic US coins that once were in circulation but are not now. The half-cent, two-cent, trime (or three-cent silver), twenty-cent piece, gold dollar, and three-dollar coins all are prime examples. You can teach children the purpose these coins were made in the first place, the time period when they were in use, and the reason why people stopped making them and circulating them.

Coins and paper money are all about math. Starting with the most basic math concepts — addition, subtraction, multiplication, and division — any coins in a decimal system can form a visual aid for learning. But there are other fascinating ways to discuss numbers and coins.

The English currency system, for instance, had devolved into a variety of non-decimal based coins over time.

Why, you may ask children, was it better to switch to the modern decimal system in 1971? Why is a decimal system important for modern transactions? What is devaluation, and how can it change a society? How do dates and calendars change over time? What effect does the concept of zero have on modern currency?

Few people would think of coins when teaching social studies, but it is easy to start conversations around a variety of subjects.

Most coins in the United States, for instance, feature men rather than women. Why is that, and what does it say about the nation’s history? What women would make excellent choices for coins? Should we change the persons on established coins in order to better represent the country?

You can also discuss the women featured on world coins, including female monarchs like Queen Elizabeth II, Irene of Athens, Isabella of Spain, Cleopatra, and Catherine the Great. Non-rulers like Sacagawea, mythical deities like Athena, and allegorical figures like Liberty are all coin subjects that can start great discussions about the roles of women over time.

Other fascinating subjects brought up by coins include the use of propaganda by new or conflicting rulers as well as transfers of power (peaceful and otherwise) and social changes in a society over the years.

The Athenian tetradrachm, for instance, is a relatively inexpensive coin that became the first currency readily used for international trade — leading to a discussion of the pros and cons of trade and its effects on history.

Coins are made of metals, so coins are great ways to learn about metallurgy, the periodic table, and the sciences of working with minerals and compounds to form objects. Why, for instance, is copper, bronze, and silver used or not used in coins? What other choices of metal would work or not work well?

You can also use coins and fiat money as a jumping-off point to discuss changes in technology, from the printing press all the way up to modern counterfeiting prevention methods.

What subjects can your coin collection help others to learn? And how can it be improved with a mind to helping educate others?

At Rocky Mountain Coin, our coin inventory has a large variety of coins to meet any goals you have. Check out what we have to offer today. We are happy to answer any questions you have. We also look forward to speaking with you about your coin collection needs and the history behind the coins we offer and sell. Let us know how we can help you in your collection and coin education goals.