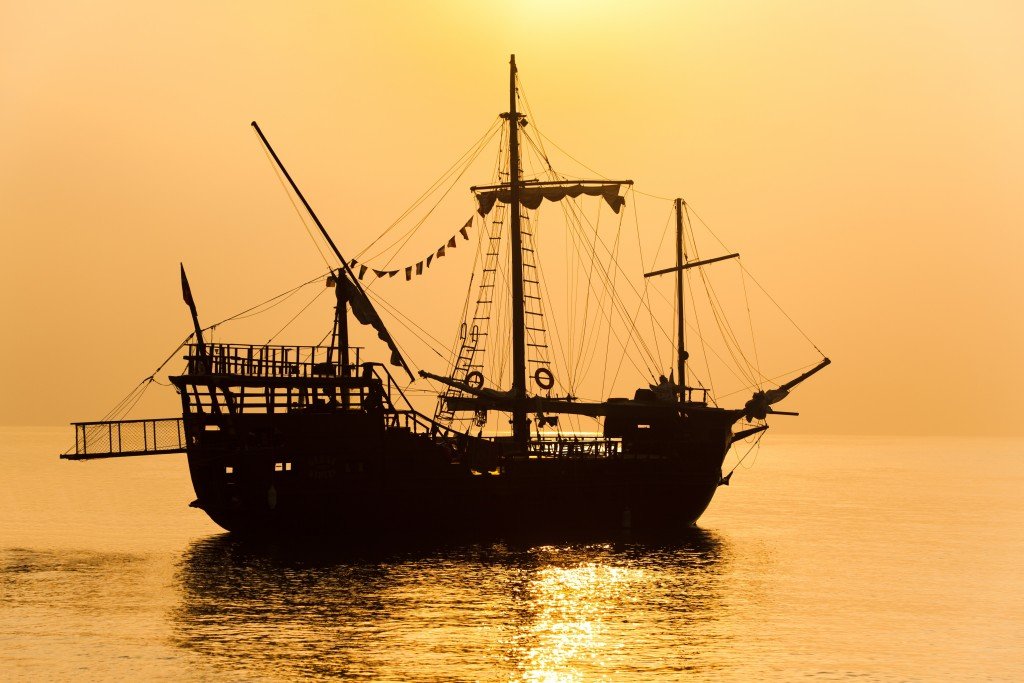 It’s the subject of countless books, plays, and movies — pirates on the hunt for stolen or buried treasure. The fictional creations of the book Treasure Island and even Disney’s Pirates of the Caribbean have made people wonder: is pirate treasure real?

When many people think of pirates, they think of the Caribbean, but pirates were active all over the world during the rapid colonization of uncharted territory and the expansion of trade and industry to the Americas, India, and Africa.

Because pirates had a huge reach, and because many developed nations (namely France, England, Spain, and Portugal) were aggressively competing for trade and territory, the residue of loots taken by pirate crews soon spread over the world as the coins from different countries were spent or traded at different ports.

The most popular and well-known pirate settlements included Madagascar, Nassau in the Bahamas, Port Royal and other smaller ports in Jamaica, and Tortuga. Pirates essentially ran the commerce in these areas, and the economy was greatly influenced by the coins and goods pirates would sell and trade there.

It was challenging for colonial powers to assert true coinage in territories, but using officially minted coins was important to foreign powers because it helped to establish colonies as being part of one country’s economic power.

As a result, ships full of gold and silver coins would travel across the Indian and Atlantic oceans, as each country hoped to become the predominant presence in specific settlements. These ships were targeted by pirates for over a century, and the money allowed them to buy power and influence in colonized areas.

Some coins from these ships can be tracked successfully. For example, one of the most successful pirate raids occurred in congruence with the shipwreck of the 1715 treasure fleet carrying Spanish gold off the coast of Cuba. Nearly 1000 refugees survived the shipwreck, but the gold sunk with the ships in the fleet.

The refugees would spend time diving to the gold until they were overtaken by pirates, who then recovered much of the treasure and used it to build up a more prominent presence in the Bahamas. Coins recovered from this shipwreck bear the marks of the official Spanish mint, with crosses, intricate designs, and weight markings. It’s not uncommon for more coins to appear now and again as weather and tidal patterns change.

Another famous shipwreck provides more accessible coins for collectors. The ship named La Consolacion carried treasure as part of a larger fleet around Central and South America. The ship sunk after it was besieged by pirates in 1681. After the crew abandoned the ship, they set it on fire to prevent other countries or pirates from accessing the gold.

Furious at the loss, the pirates executed many of the survivors, and several dives were organized to recover the lost gold. However, it would not be found for three centuries. La Consolacion was discovered in 1998, and the coins can now be collected from various brokers and buyers worldwide. They show some wear, but the patterns from the Spanish mint are still clear.

Pirate treasure is rarely recovered from secret stashes or in old chests buried deep in the sand on the beach of a forgotten island. People tend to forget that pirates sought gold and goods for trade and power in the New World. Therefore, old coins from the era of piracy are more likely to be pirate treasure than a gold coin from a gift shop with a fantastical backstory.

If you’re hoping for true shipwreck treasure, it’s best to look at coins that come from recorded shipments and wrecks during the 17th and 18th centuries. For example, all coins from Consolacion come with certificates of authenticity. Some well-known wrecks that produced coins (both common and rare) include:

With a legacy of almost 300 years, pirates made their mark, leaving scores of coins in their wake. Collecting coins from this era will almost certainly mean pirate discoveries. Contact us at Rocky Mountain Coin for help authenticating your pirate treasure.