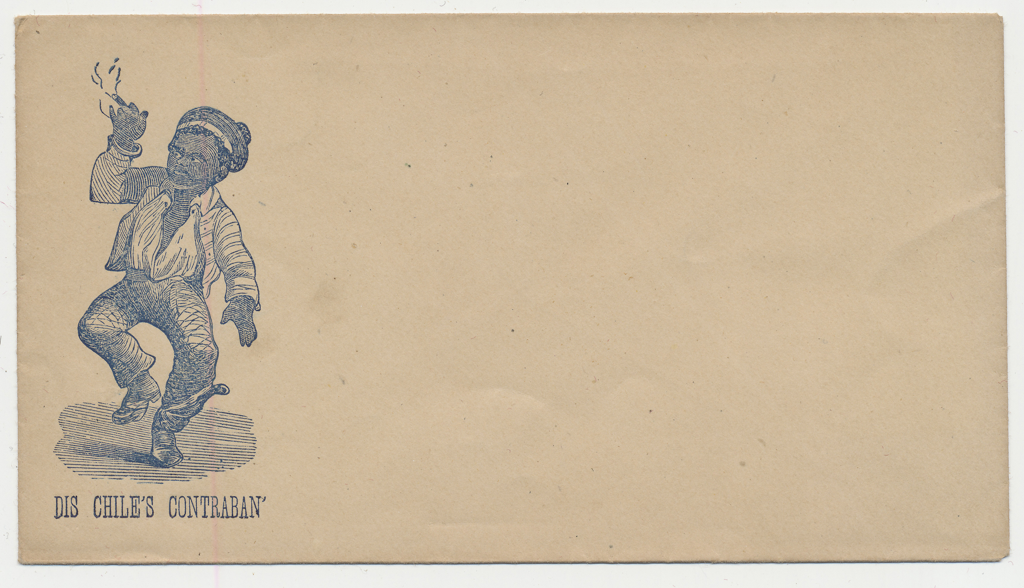 Patriotic covers were a popular form of visual propaganda and became a collector’s item during the Civil War. Produced both in the North and South, these envelopes featured patriotic imagery and slogans, although some primarily printed in the North– employed stereotypical and exaggerated images of the speech, dress, and physical characteristics of African Americans.

This cover depicts an enslaved person dancing to celebrate his Contraband status in 1861 Union General Benjamin Butler decreed that Southern slaves who made it to Union lines were to be declared “contraband of war” and not returned to their masters.