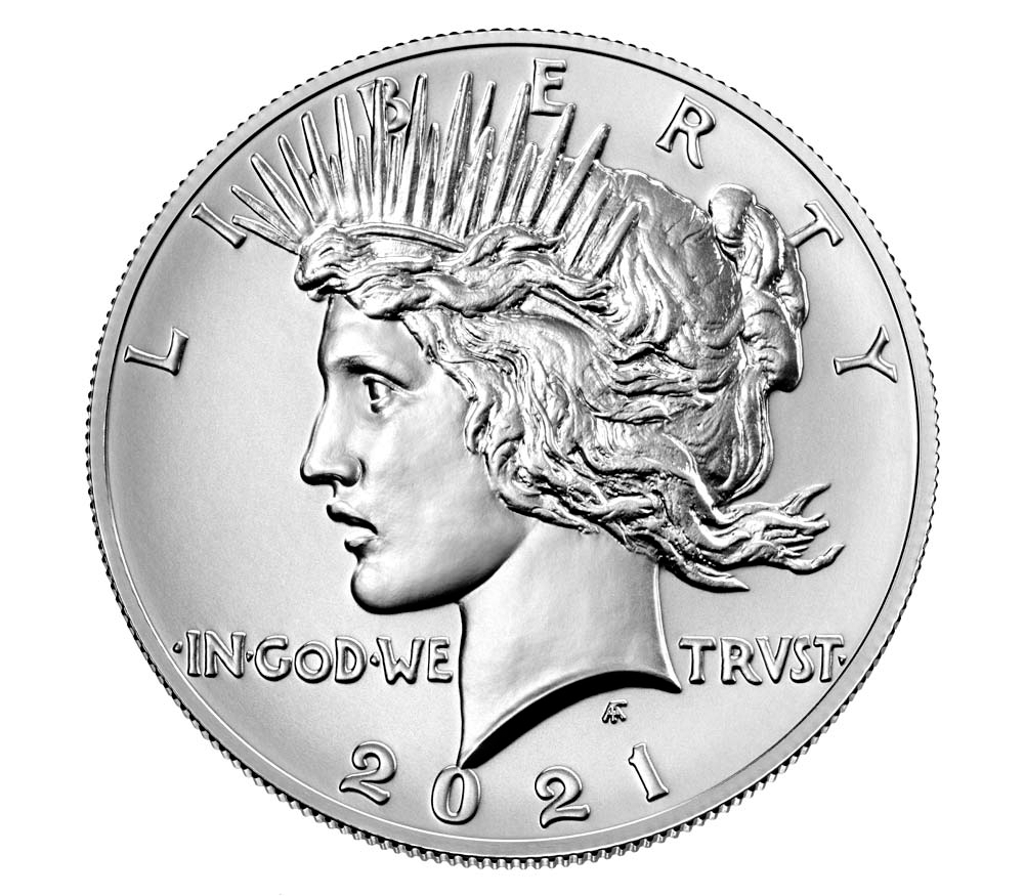 In 2021, the U.S. Mint will re-issue the Peace Dollar in honor of its 100th anniversary. The 2021 Peace Dollar is part of the Morgan and Peace Dollar Anniversary Coin Program. This rendition, made of 99.9% silver with an uncirculated finish, was created through the use of modern technology and historical U.S. Mint assets. To recognize the role played by the Philadelphia Mint in making the original coin, the 2021 Peace Dollar will not have a mint mark.

In December 1921, Treasury Secretary Andrew Mellon approved the Peace Dollar to replace the Morgan Dollar.  Produced from 1921 through 1935, the coin marked the peace between the U.S. and Germany. It symbolized the country’s coming of age as an international power, while recognizing the sacrifices made by its citizens in World War I.

The obverse (heads) features Liberty in profile, a radiant crown on her head.

The reverse (tails) depicts an eagle at rest holding an olive branch above the inscription “PEACE.”