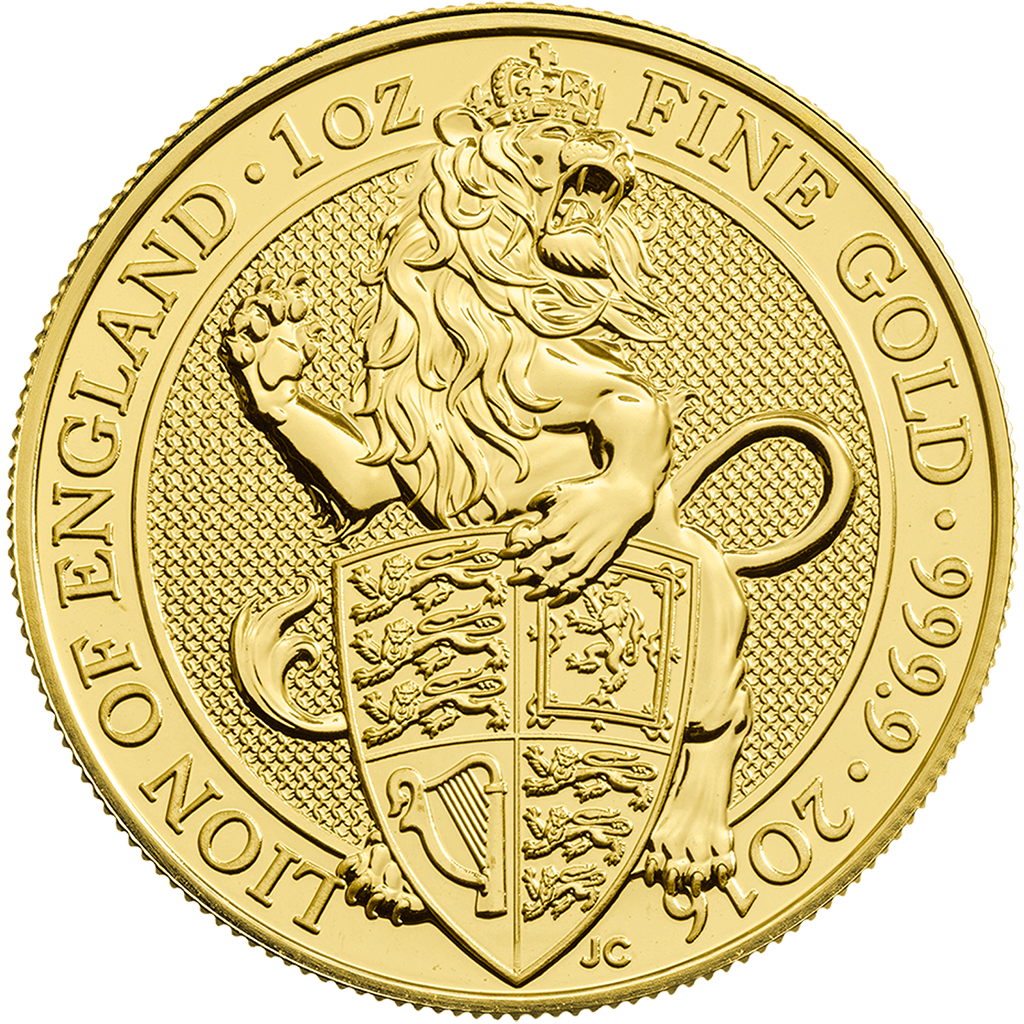 The series is called the Queen’s Beasts. This coin is made of .9999 fine gold and weighs 1 Troy oz.

The English Lion coin, the first in the Queen’s Beasts series, is destined to become a classic.

Like other British coins, the obverse displays a highly detailed portrait of Queen Elizabeth II. This is also where its face value of 100 pounds is shown. The reverse features a stunning lion design. This design is the work of Jody Clark. The lion is shown standing behind a shield and wearing a crown. It looks very powerful in this position and this design has plenty of fine details to observe.

A total of ten heraldic creatures are described as the Queen’s Beasts symbolizing the history of Queen Elizabeth II. Originally, the name referred to ten stucco statues with a height of approximately 1.80 m which were placed in front of Westminster Abbey on the occasion of Queen Elizabeth II’s coronation. Until today, the ten creatures have adorned pieces of crockery, cutlery, candle holders and postage stamps issued by Royal Mail, with the English Lion the first creature to adorn its own coin.

The lion is a wide-spread heraldic symbol and, in the case of England, it likely goes back to William the Conqueror who had a red crest with two golden lions. From the reign of Richard the Lionheart, the two lions became three lions, and as such they form part of the English crest.

Apart from the English Lion, the Griffin of Edward III, the Hawk of the House of Plantagenet, the Black Bull of the Duke of Clarence, the Yale of the House of Beaufort, the White Lion of the Mortimer family, the White Greyhound of Richmond, the Red Dragon of Wales, the Scottish Unicorn and the White Horse of the House of Hanover make up the Queen’s Beasts.