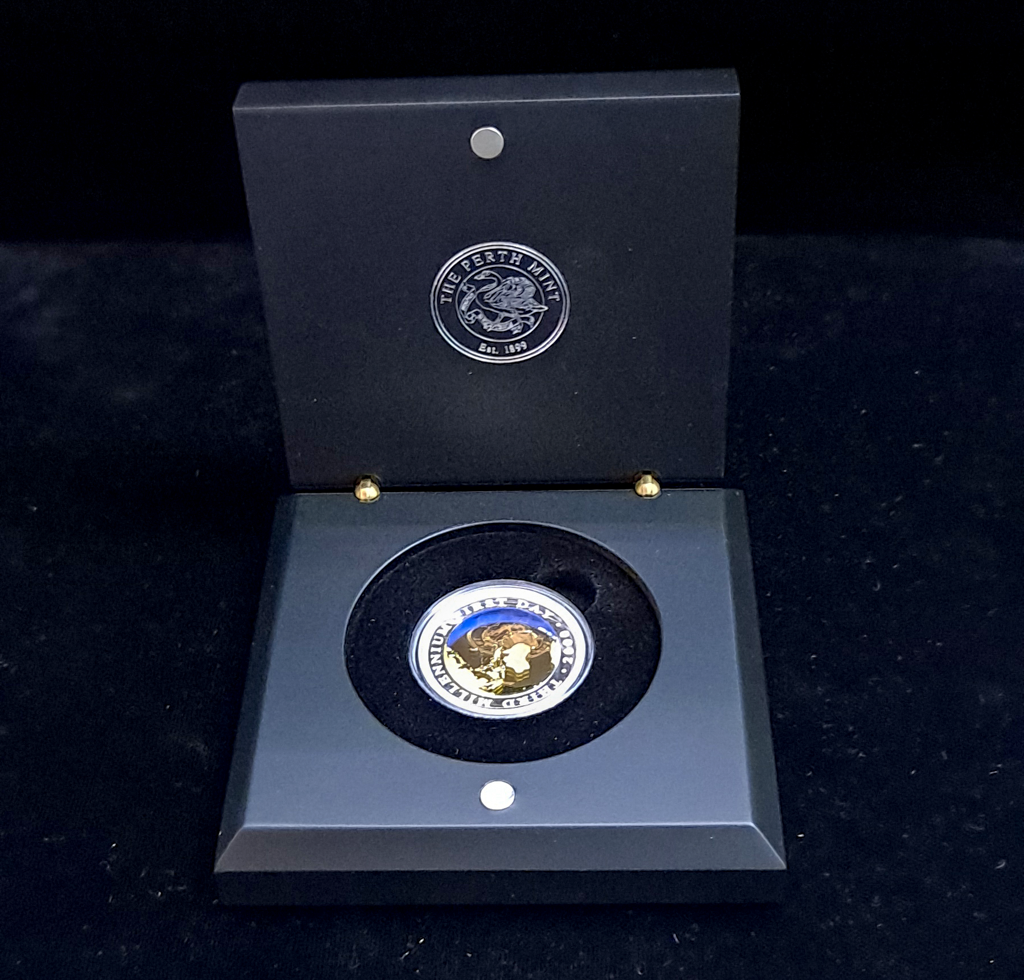 The Perth Mint will issue only 7,500 Australia 2000 Bi-Metal Millennium coins.

The proof-like coin features a 99.99% pure gold centerpiece, with the reverse design depicting a satellite view of Earth, from 1,000,000 krns above the most northerly point of Australia, surrounded by a 99.9% pure silver border carrying the inscription “Third Millennium First Day 2000”.

The image of the Earth in the gold centerpiece is divided into two areas separated by the International Dateline. The area to the west is experiencing the first day of the Third Millennium and is pad printed with he date 01-01-2000

The area to the east, which is still in the last day of the previous century, is pad printed in deep ocean blue, with the date 31-12-1999. The coin also highlights the city of Gisborne, in New Zealand, the first city to see the first light of the new millennium. The coin is official coinage and lawful currency of Australia, and features the Ian Rank-Broadley effigy of Queen
Elizabeth II on the obverse.