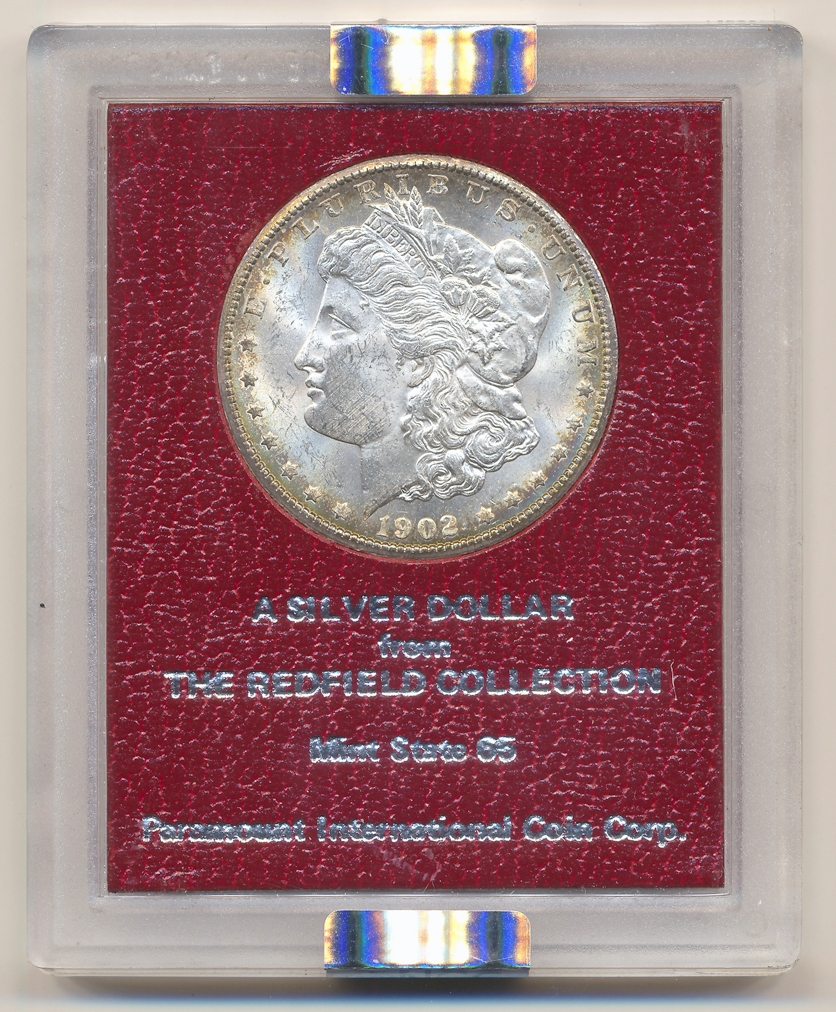 LaVere Redfield of Reno Nevada was born into poverty in October, 1897 in Ogden Utah. He grew up there, moving to Idaho shortly after World War I. Ten years later, around the start of the depression, he moved to Los Angeles, and used his life savings to invest in stocks. He apparently had quite a knack for choosing the right ones for by the late 1930s, he had made a fortune and decided to relocate to Reno, Nevada. There, he purchased a large stone house, and began to accumulate silver dollars. He distrusted both banks and the U.S. government, and acquired the reputation of an eccentric, driving around in overalls in an old pickup truck.

Throughout the 1940s and 50s, he continued to purchase bags of silver dollars and stash them in the basement of his house. By 1960, his hassles with the IRS boiled over. Convicted of tax evasion, he served 18 months of a five-year sentence in federal prison. Upon his release, he returned to Reno, and continued to accumulate his coins.

Upon his death in 1974 at age 77, some 400 bags of dollars (approximately 400,000 pieces) were discovered behind a false wall in his basement. Roughly 85% of them were uncirculated, and in late January 1976, the entire lot was auctioned. The winning bid was for $7.3 million dollars.