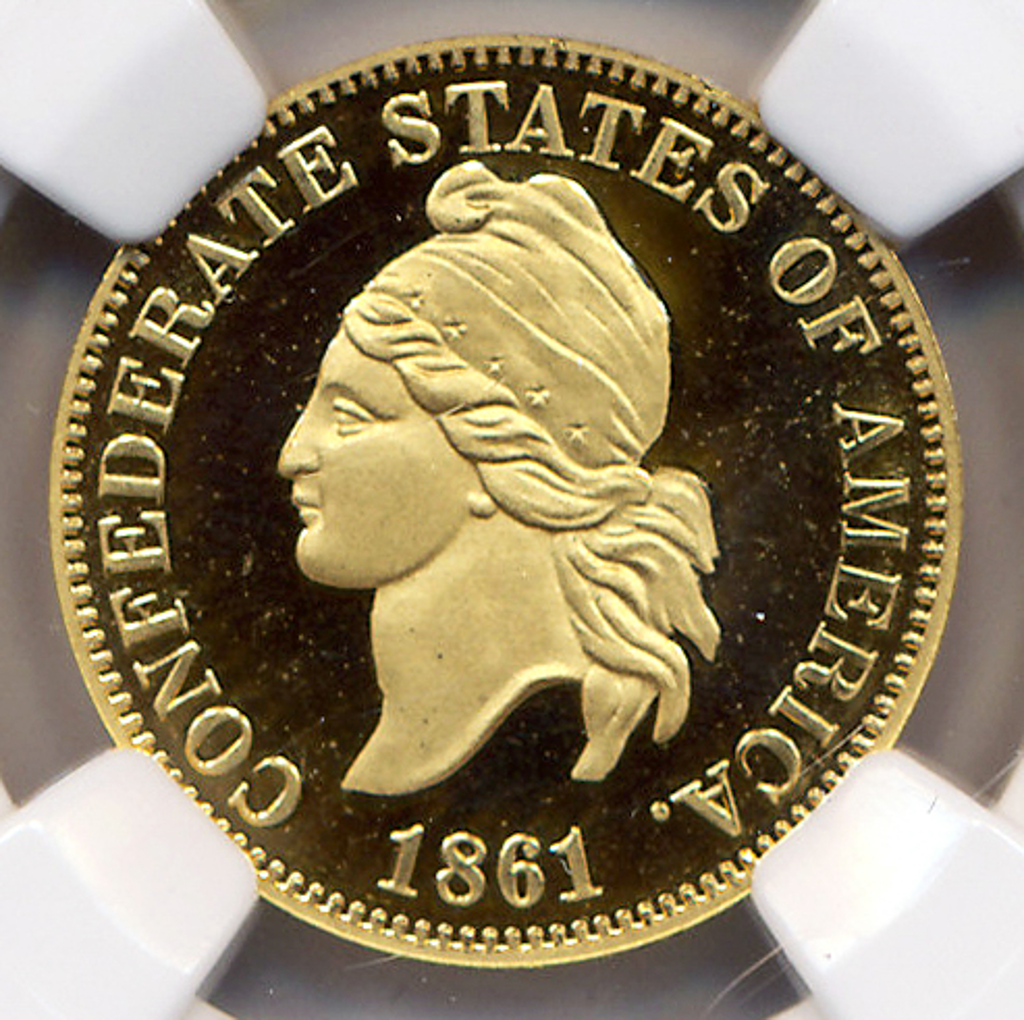 The Confederate States of America never succeeded in producing any meaningful quantity of coins during its short existence. It did, however, manage to produce an extremely limited run of 12 to 16 trial one-cent coins under the direction of private engraver Robert Lovett, Jr. These rare coins were never formally adopted for use as legal tender and command substantial premiums from collectors today.

Legend has it that Lovett hid the original dies in his basement for fear of treason, where they remained until discovery in 1873. They were eventually turned over to the Smithsonian Institution many years later. For the 150th anniversary of the Civil War in 2011, the Smithsonian authorized the production of a small quantity of Confederate one-cent restrikes based on the original dies.

Like the original cent, these restrikes feature Lovett’s design depicting Liberty, facing left, and wearing a Liberty Cap. The words CONFEDERATE STATES OF AMERICA and the date of 1861 surround the perimeter. The reverse shows a wreath of corn, cotton, maple, tobacco & wheat along with two barrels and a bale of cotton – all important staples of the Southern economy.