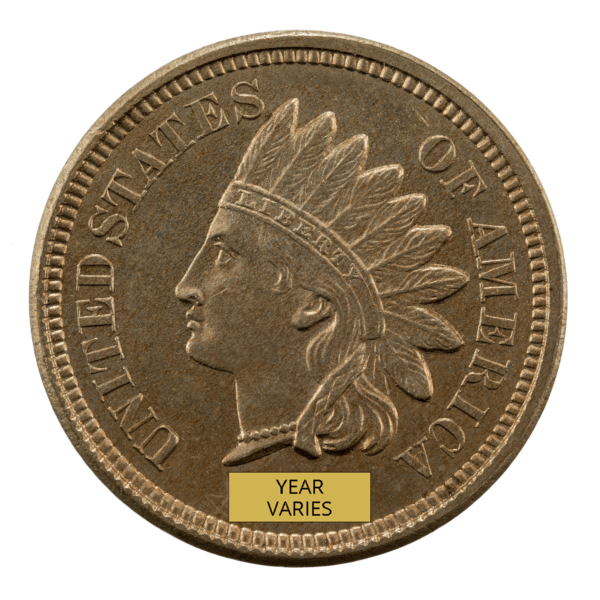 Indian Head Cent (Year Varies). The Indian Head Cent was produced by the U.S. Mint from 1859 to 1909. Designed by James B. Longacre, the obverse features a depiction of Liberty in a headdress (which is commonly mistaken for Native American figure), while the reverse features the words “ONE CENT” surrounded by a wreath. It was produced in three varieties. The first, an 88% copper and 12% nickel composition, features a laurel wreath on the reverse and was only released in 1859 from the Philadelphia Mint.  The second variety (1860-1864) differs from the first in that the wreath on the reverse has a shield above the words “ONE CENT”. The third variety (1864-1909) was made of bronze and produced at the Philadelphia and San Francisco Mints. The Indian Head Cent was replaced in 1909 by the Lincoln Cent.