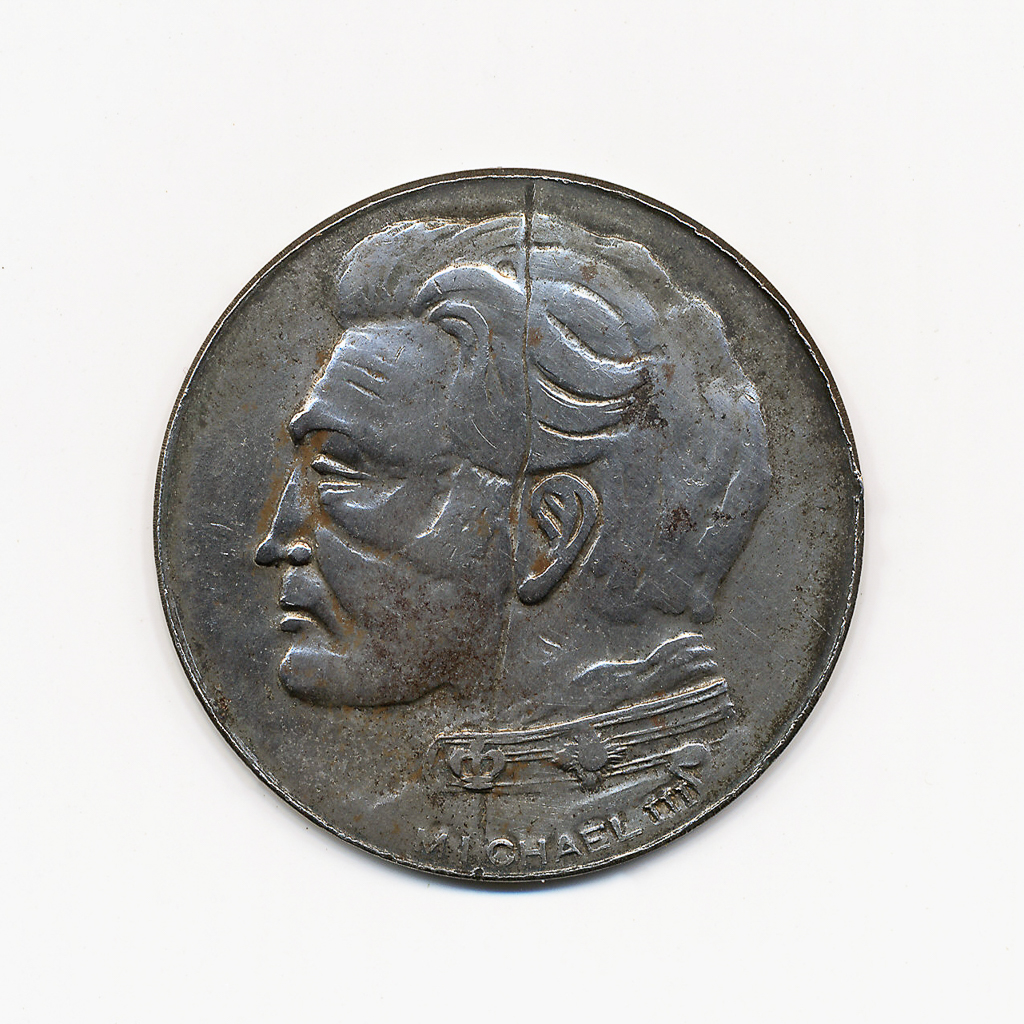 This is a nice The Broken Coin movie advertising token medal focusing on Michael III from the 1915 -1919 era. It was a silent film that circulated in 30 reels over 15 weeks. It’s steel, 38mm in diameter.

A real coin from Universal’s 1915 serial The Broken Coin

There are many bits and pieces of memorabilia from this film that survive from 1915. The most interesting is a steel coin, size of a silver dollar, that was produced in vast quantities as a promotional piece.

The coin is deeply scored to show where it had been broken. The Latin inscription on the left half of the reverse is loosely translated. “Under the floor of the northeast corner of the torture chamber, you will find the treasures of the King of Gretzhoffen.” The MI are the first two letters of MICHAEL III whose profile fills the obverse.

To the right of the break the coin promotes the run of the serial; 15 episodes in 30 weeks, each episode a two-reeler. The film opened June 21, 1915 and was so successful it ran for 22 weeks.

The film itself, all 44 reels of it, is gone. They have disappeared and probably no longer exist.