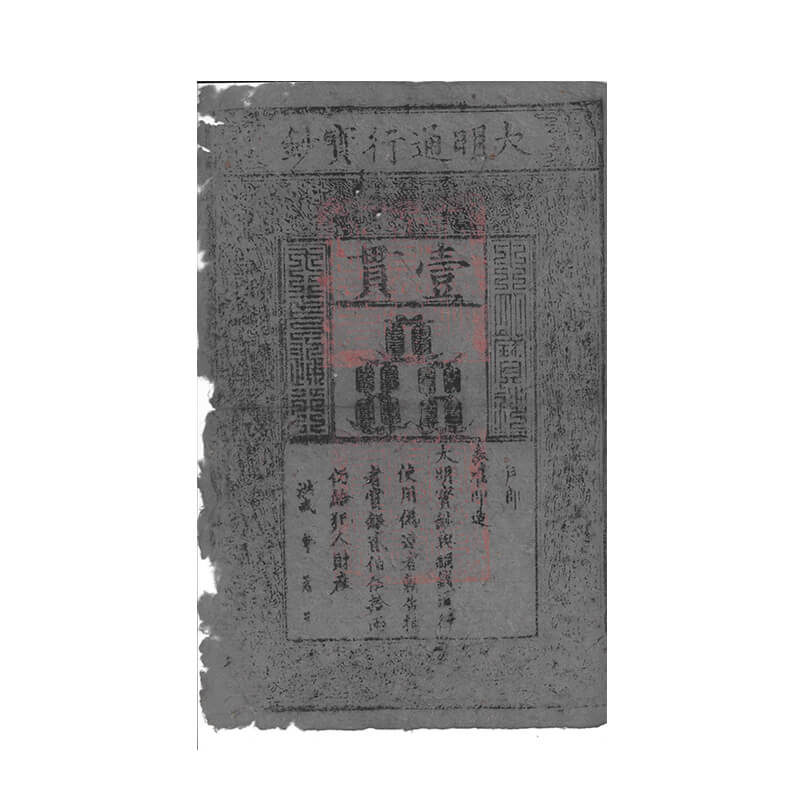 1368 China Ming Dynasty Circulated Note. 10 Strings of Cash Coins at top center on front and back center at bottom. 2 large red seals on face and one on back. Printed on dark gray mulberry paper. The note is in excellent condition for this issue but unfortunately, the left side of the note paper was thinner then the majority of the note and the left lower corner and parts of the left border are lightly inked or very small pieces missing. There is evidence of only one light horizontal fold in the middle and 3 internal areas where the paper is very thin and gives the appearance of small holes, but the paper is present and translucent. This note came from a group of these notes that were discovered during the “Boxer Rebellion”. The notes were printed by the “Hung-wu Emperor” to create a national currency. The legends on the notes cites the authority of Hung-wu, the punishment for counterfeiting and reward for informants. The term Kuan (Quan, Kwan) relates to the Quan system of money, which was backed by silver bars.

Filters
Back to Top